Roger Horrocks is an wildlife cinematographer with 15 years of experience filming underwater behavioural sequences for the BBC, Netflix, Disney and National Geographic. 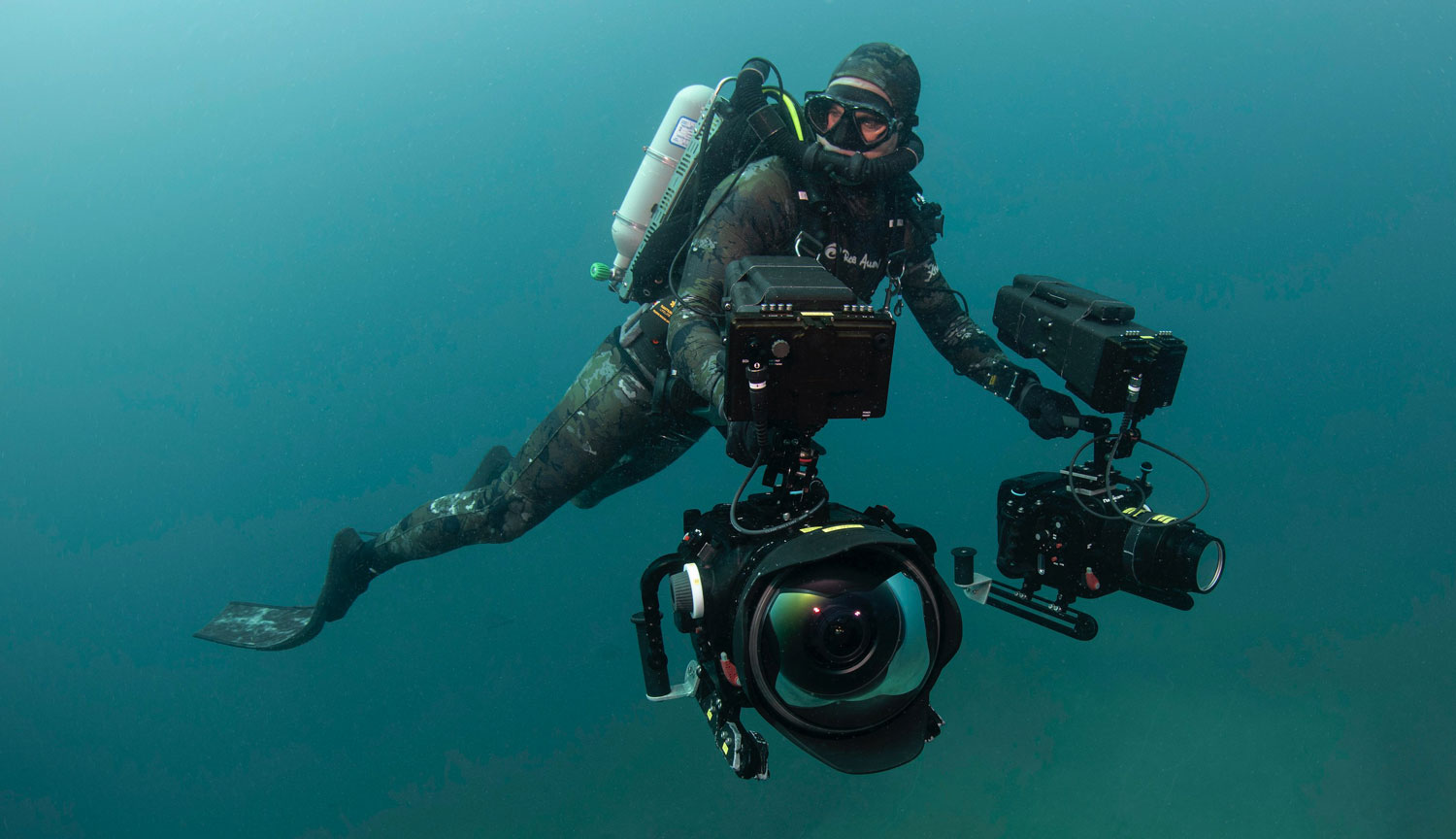 He is best known for his work on My Octopus Teacher, Our Planet and Blue Planet 2

My Octopus Teacher takes viewers into a world few humans have ever seen. In 2010, debilitated by adrenal fatigue, Craig began free diving in a freezing underwater forest at the tip of Africa. As the icy water re-energised him, he started to film his experiences and in time, a curious young octopus captured his attention.

Discover how our incredible living planet operates. See how sunlight, weather, ocean currents and volcanoes all work together in an intricate balancing act to shape and support the great diversity of life on Planet Earth.

Animal is an American nature documentary series made for Netflix.The series is narrated by Anthony Mackie and features Bryan Cranston, Rebel Wilson, Rashida Jones, and Pedro Pascal.It follows the world's most magnificent creatures, capturing never-before-seen moments, both heartwarming and extreme.

Echo, a young Pacific bottlenose dolphin, seems more interested in exploring his coral reef home and its inhabitants than learning to survive in it, but lessons from his family may encourage Echo to master his vital role in the marine community.

African elephant Shani and her spirited son Jomo set out on an epic journey with their herd, traveling hundreds of miles across the vast Kalahari Desert from the Okavango delta to the Zambezi River. ‍

Experiencing the planet's natural beauty through an examination of how climate change impacts all living creatures in this ambitious documentary of spectacular scope.

From National Geographic Documentary Films, Into the Okavango chronicles a team of modern-day explorers on their first epic four-month, 1,500-mile expedition across three countries to save the river system that feeds the Okavango Delta, one of our planet's last wetland wildernesses.

The BBC led the world with the award-winning Blue Planet & now it returns to the planet’s oceans. More marine species have been discovered in the past decade than ever before, with an average of 2,000 discoveries per year.

Earthflight is a totally immersive experience, taking the audience on an incredible flight across the world on the wings of birds. Revolutionary aerial techniques and state-of-the-art 3D cameras deliver the reality of flying right alongside birds as we join a variety of different species on their seasonal journeys.

Dolphins - Spy In The Pod

The award-winning team behind Penguins - Spy in the Huddle use hidden cameras to go into the heart of the dolphins' world, offering the chance to encounter dolphins up-close.

Pocho was a Costa Rican crocodile who was saved by a local fisherman and then stayed with him twenty years. The 2013 documentary Touching the Dragon details their relationship.

Into The Dragon's Lair

Didier Noirot and Roger Horrocks take us on an expedition 'Into the Dragon's Lair' to explore the one hundred-meter-deep papyrus caves of Botswana's Okavango delta and the actual lairs where the giant Nile crocodile drag their prey. 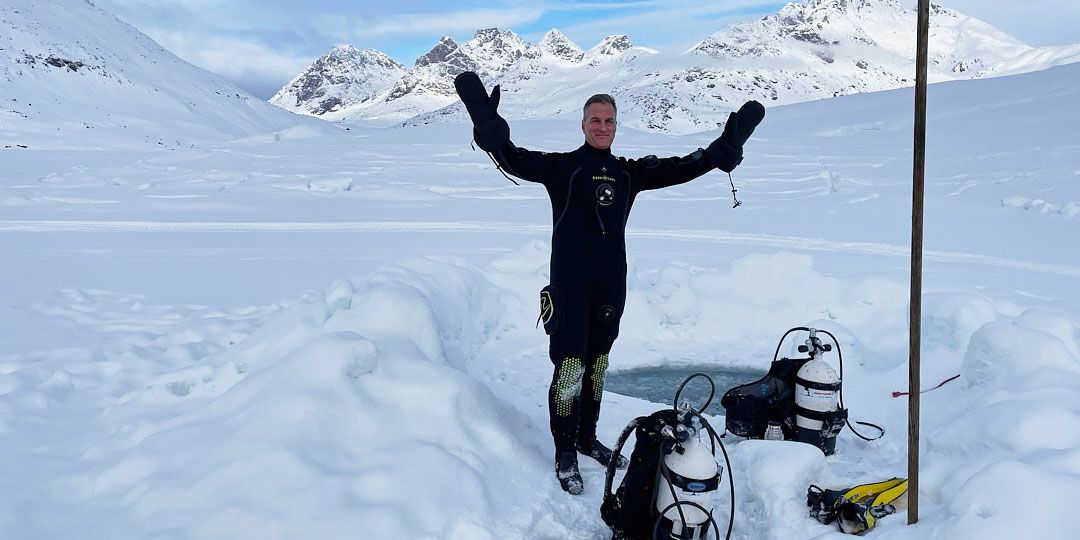 Working on an under-ice sequence for the Netflix Our Oceans series, for the Arctic program. 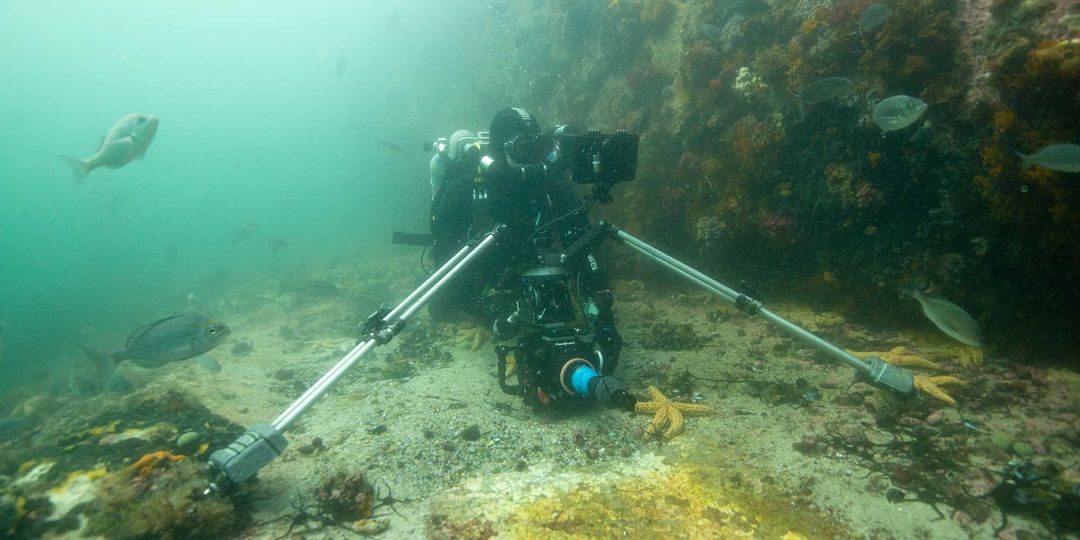 On assignment for Netflix, filming for the Netflix Oceans series which is currently in production and should be released in 2024. 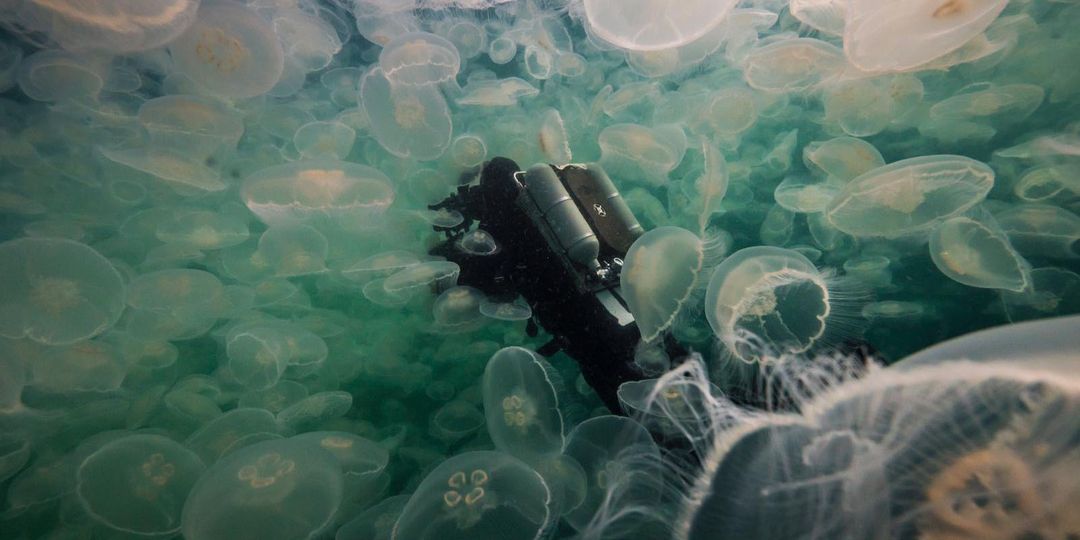 Deep in a smack of jellyfish while filming for the Apple TV Underwater Screensaver Project, which was produced by Jonathan Smith and the BBC Natural History Unit. ‍ 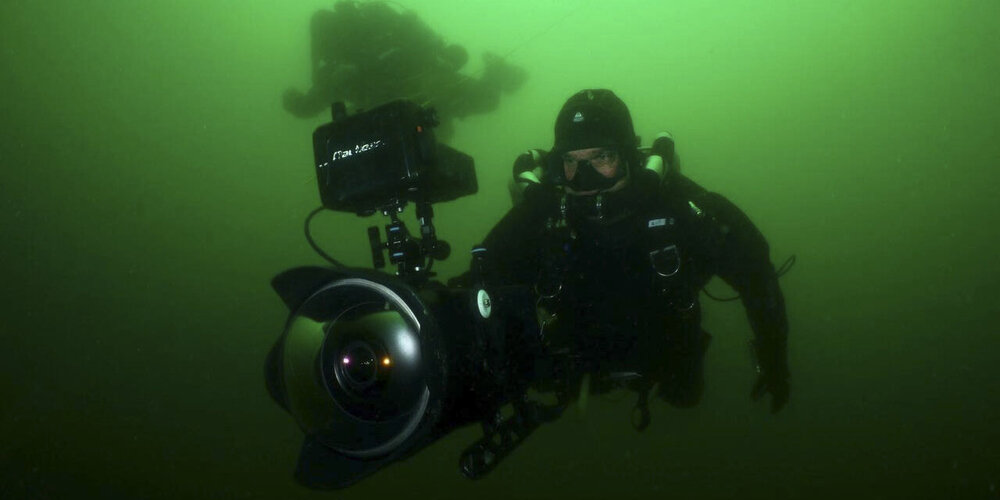 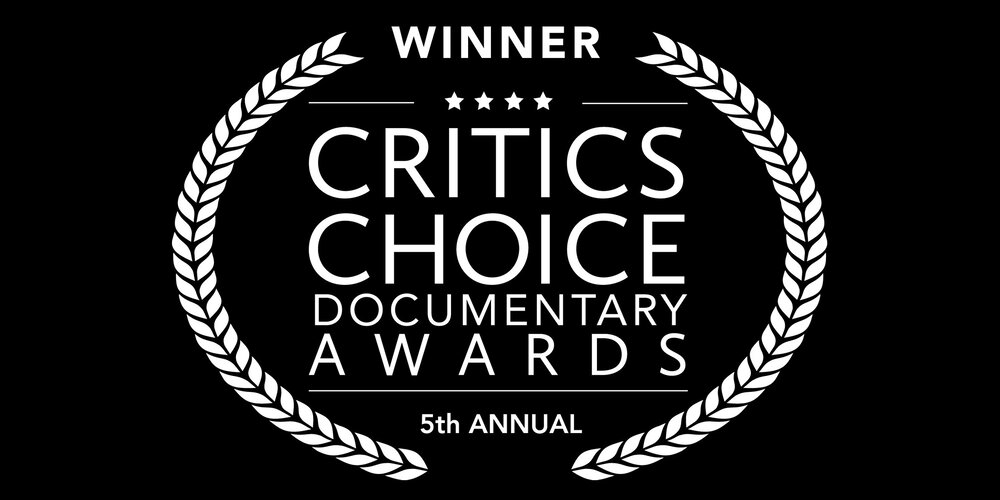 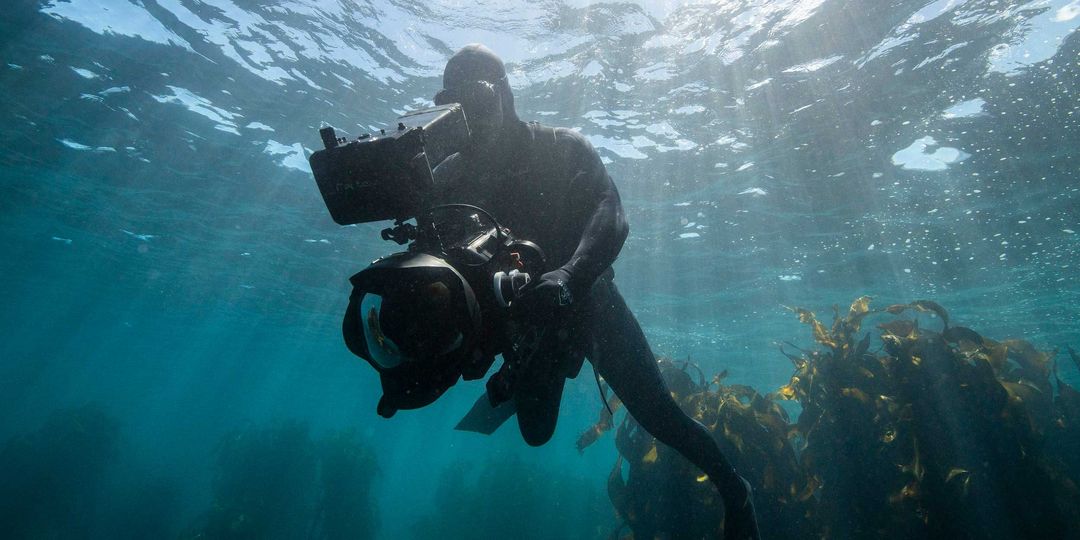 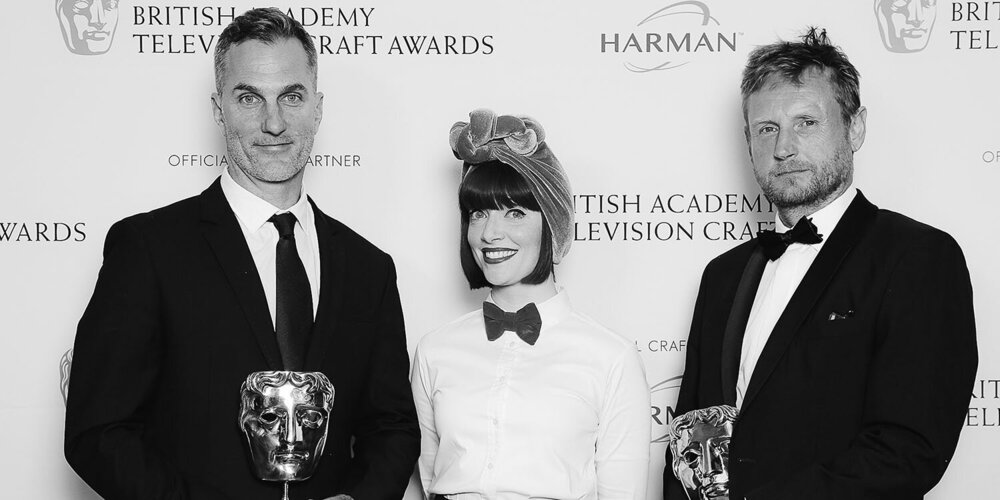 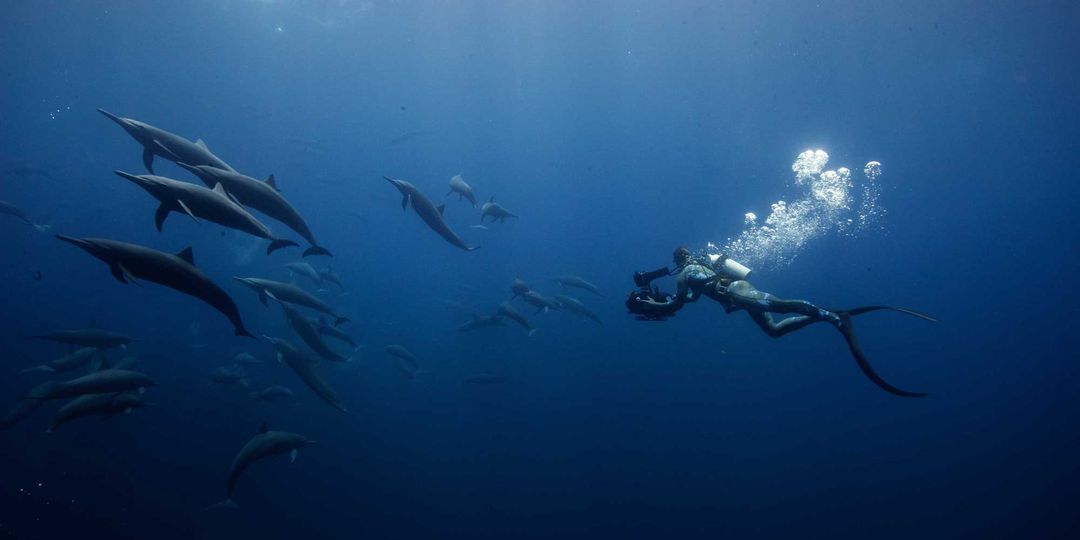 Filming Spinner Dolphins off the coast of Costa Rica for the High Seas episode of Our Planet, Netflix with producer Hugh Pearson for Silverback Films. 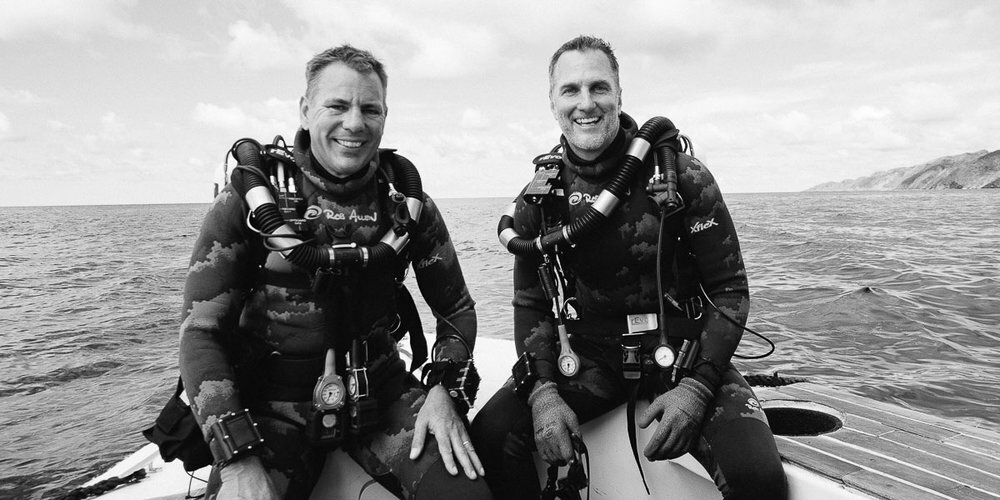 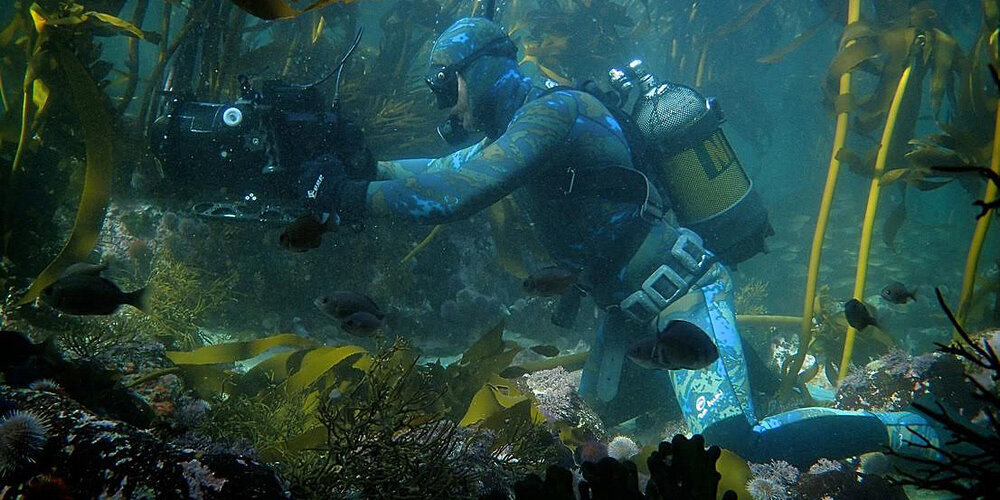 In the Great African Kelp Forests, filming for the Green Forest Episode of Blue Planet 2, for producers Joe Stevens and Katherine Jeffs, with Craig Foster, John Chambers and Dan Beecham. 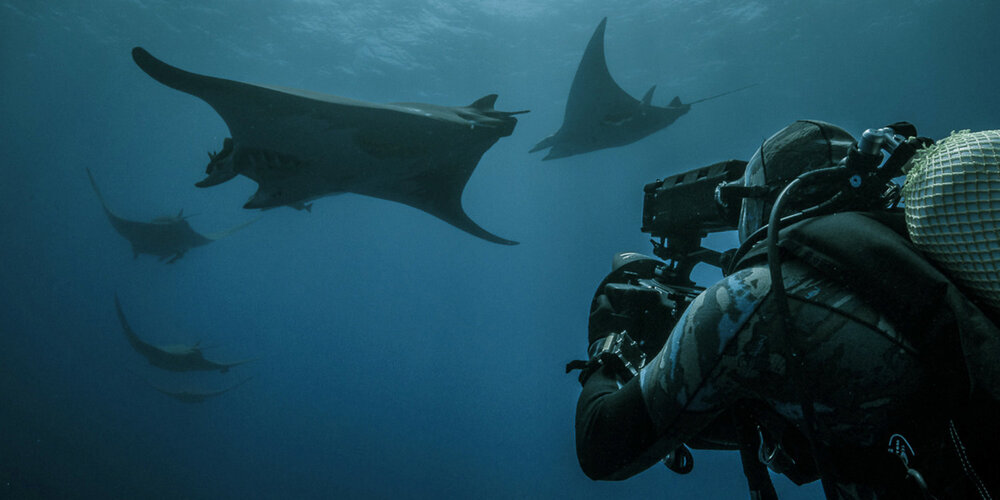 Filming Mobula Rays (Mobula tarapacana) in the Azores for the second episode of Atlantic, The Wildest Ocean on Earth, for producer Ted Giffords. This three part mini landmark series was produced by the BBC 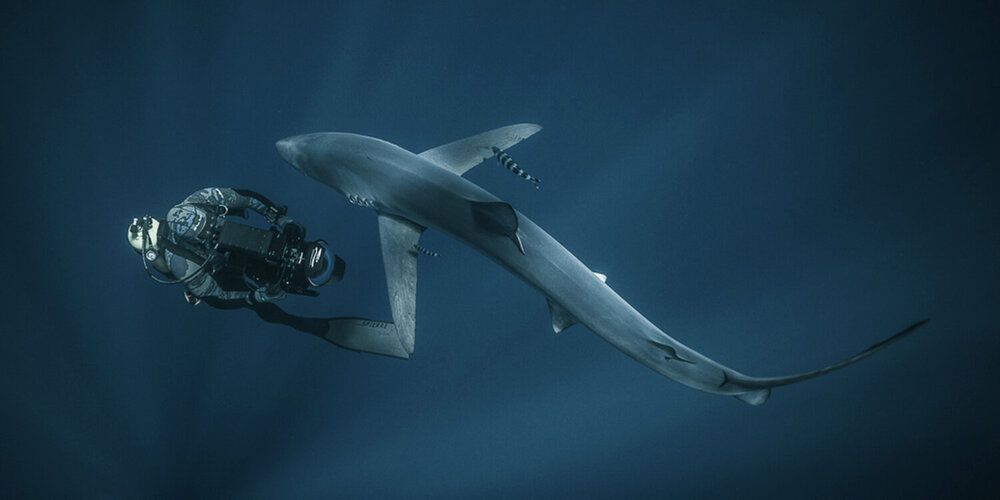 Filming Blue Sharks (Prionace glauca)in the Azores for the Second Episode of Atlantic, The Wildest Ocean on Earth, for producer Ted Giffords. 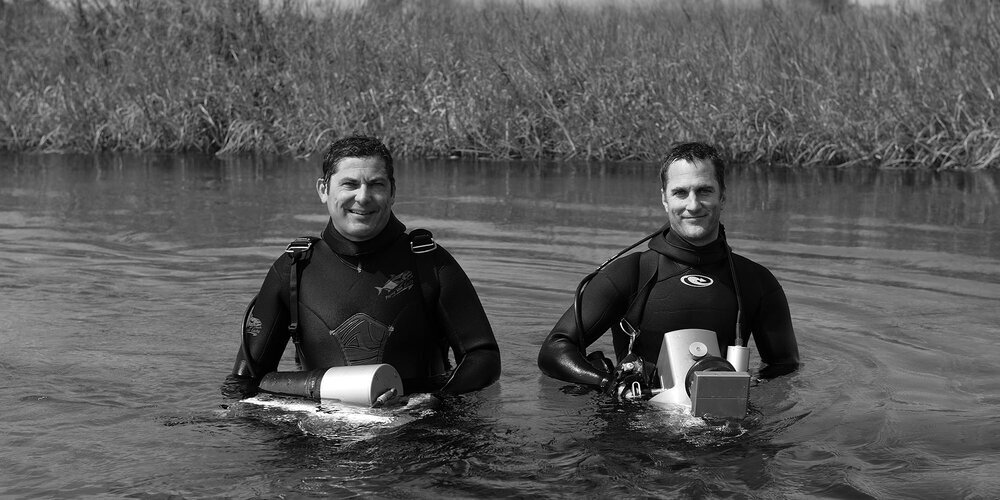 With Didier Noirot, the "Old Bull", filming nile crocodiles in the Okavango Delta for "Into the Dragons's Lair", produced and directed by Craig and Damon Foster.

Roger developed his underwater field craft as a competitive spear fisherman while studying for an Honours Degree from the University of Natal in South Africa. He continued to dive while working in the digital and financial services sectors, and furthered his management training at the UCT Graduate School of Business and the London Business School.

In 2007 he began working for the BBC Natural History on the Nature's Great Events series directed by Hugh Pearson, and began his apprenticeship under cameramen Didier Noirot and Doug Anderson. During this period he narrated and co-directed three documentaries with Craig and Damon Foster. The first of these "Into the Dragon's Lair", was nominated for an Emmy for best Cinematography in 2010, and the sequel, 'Touching the Dragon" was selected as one of the feature shows for National Geographic's 125th centenary year celebrations. Roger was also nominated for Best Narration at Jackson Hole .

In 2011 he shot his first blue chip sequence for John Downer's "Earthflight", for producer Rob Pilley. This was followed by a long term assignment from John Downer to film bottle-nose dolphins for the "Spy in the Pod" series which aired on BBC One in 2013, and two sequences on the BBC Atlantic series for producer Ted Giffords 2010.

In 2015 and 2016 he spent 110 days filming for Silverback Films on Disneynature's "Blue", for director Keith Scholey and worked as a second unit DOP on the National Geographic "Into the Okavango" feature directed by Neil Gelinas.

In 2017 Roger was appointed as the underwater DOP on the National Geographic Pristine Seas Expedition to Tristan da Cunha, led by Paul Rose, working for producer Alex Verville. For Blue Planet 2, released in October 2017, Horrocks received cinematography credits on four of the six main episodes, shooting for producers Jonathan Smith, Katheryn Jeffs and Joe Steven. For his contribution to the series has was awarded a BAFTA for Outstanding Cinematography in 2018.

Between 2015 and 2018 Roger worked for producer Hugh Pearson on the Coastal Seas and High Seas episodes of the Netflix original series “Our Planet”, produced by Silverback Films.  He won a nomination alongside cameraman Jamie McPherson for Outstanding Cinematography for a Nonfiction Program at the 2019 Prime Time Emmy Awards on Los Angeles.

In 2019 Roger was one of two Underwater DOPs hired by Jonathan Smith of the BBC Natural History Unit to shoot underwater screensavers for Apple TV. He also began initial work on the oceans episode of Planet Earth 3

In 2020 Roger contributed two sequences to the Animal series on Netflix, produced by Plimsoll Productions., and worked on a sequence for Silverback TV for a new series to be released in 2023.

In 2021 and 2022, Roger has been working exclusively on a new ocean series for Netflix, produced by Wildspace