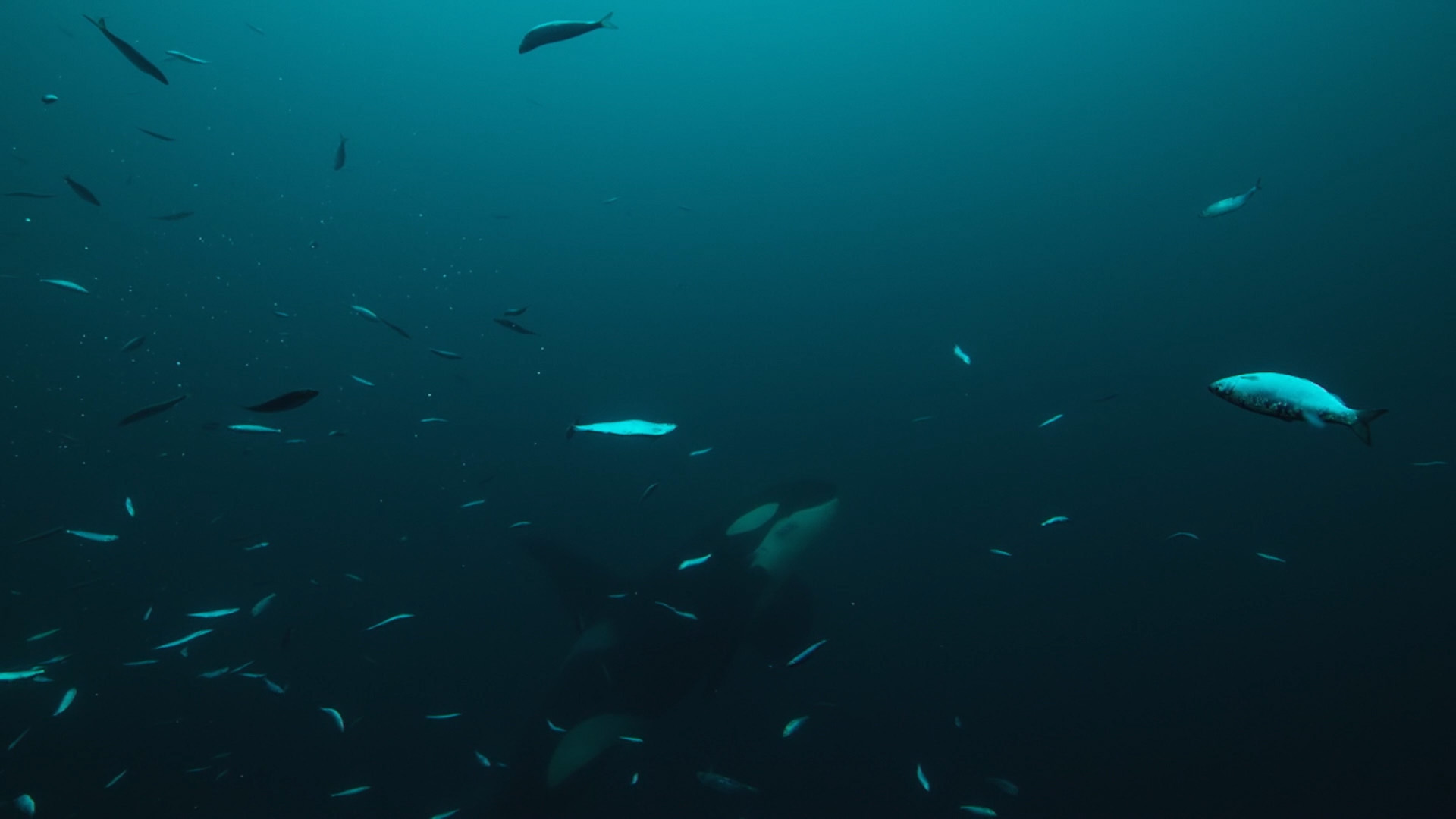 An Orcas dorsal fin's structural integrity (straightness) is often used as an indicator of health. It is theorised that stressful situations that prohibit swimming (such as oil spills, entanglement, ship strike, injury, or confinement) lead to disfigured or collapsed dorsal fins. 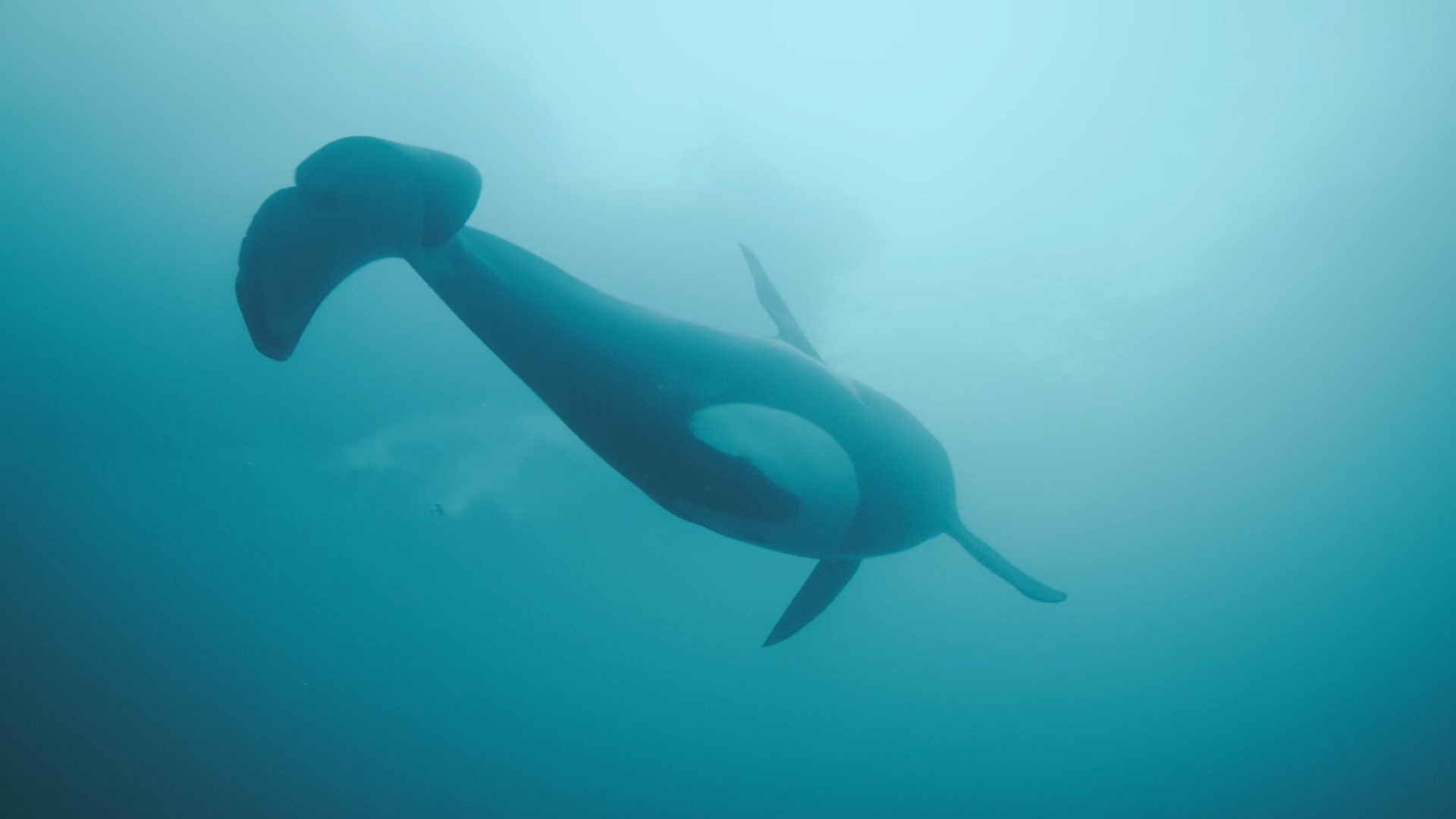 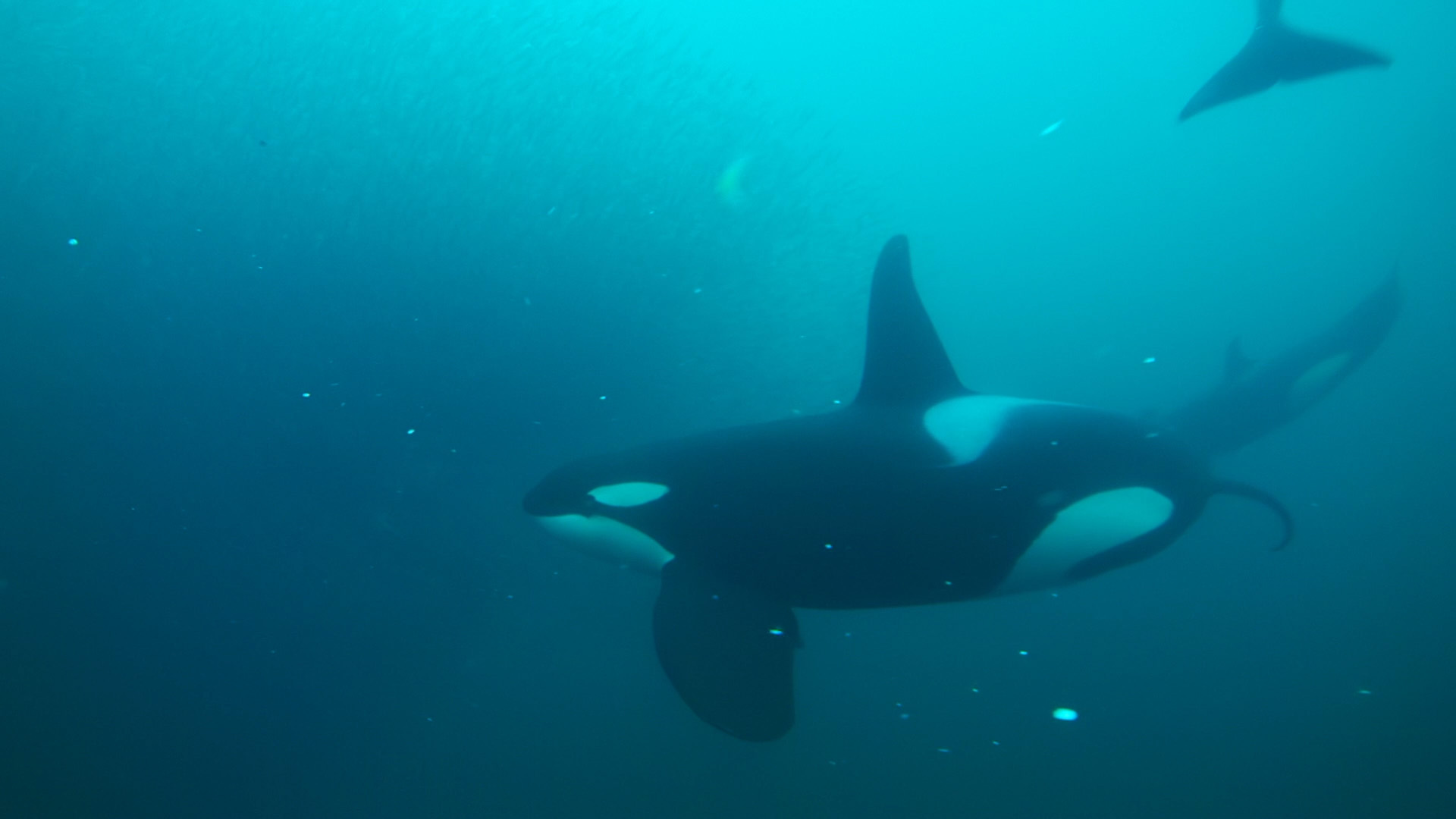 The pods are like families with deep-rooted bonds based on Matriline (lineage of the Mothers side). To illustrate, a male calf will remain in his pod and with his mother for his entire life, only parting for mating purposes. 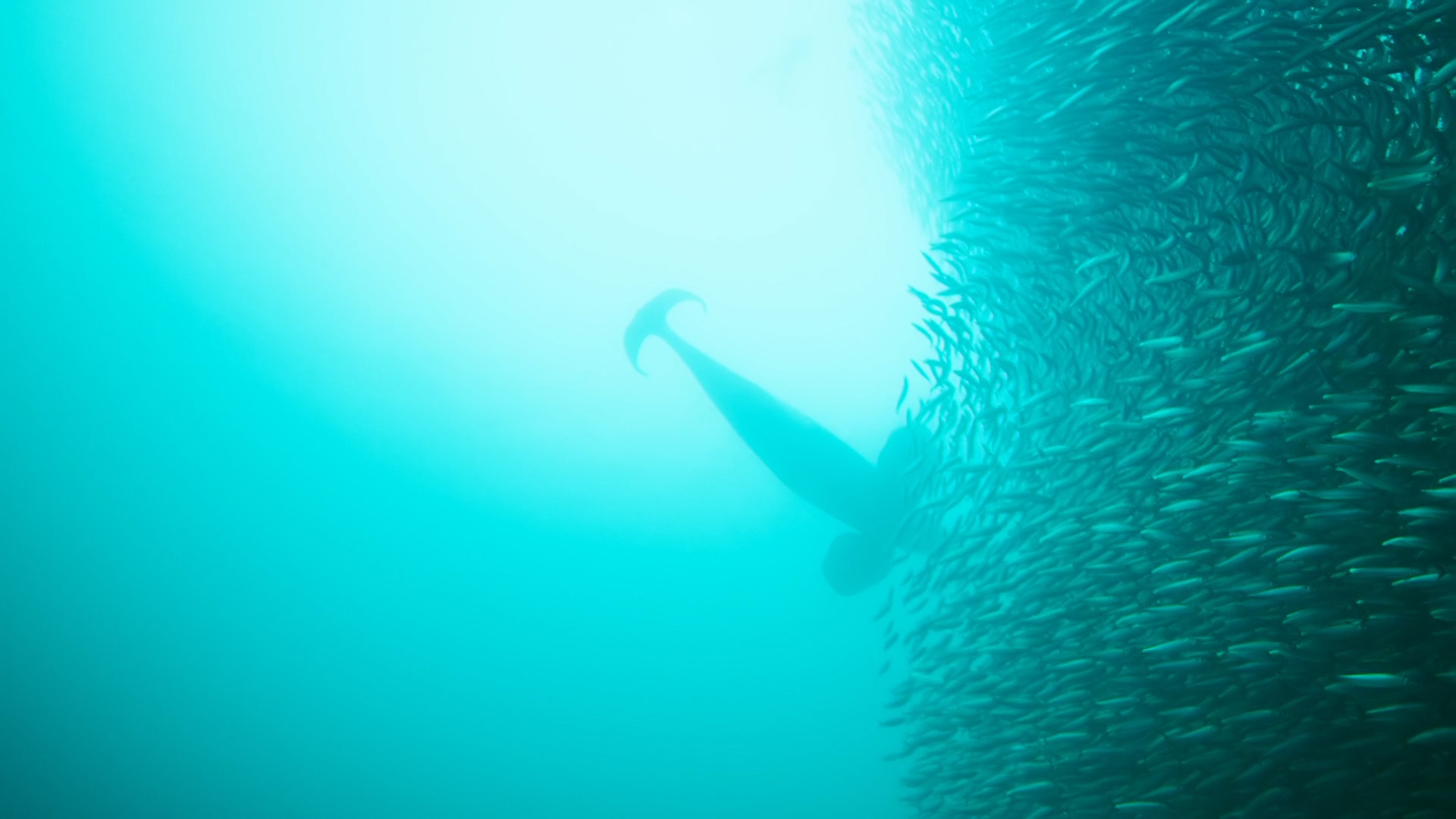 One of the most unique attributes of the Orca is that they have no natural predators (other than humans, of course). However, humpback whales have been observed aggressively intervening in Orca hunts to protect their own or other species. 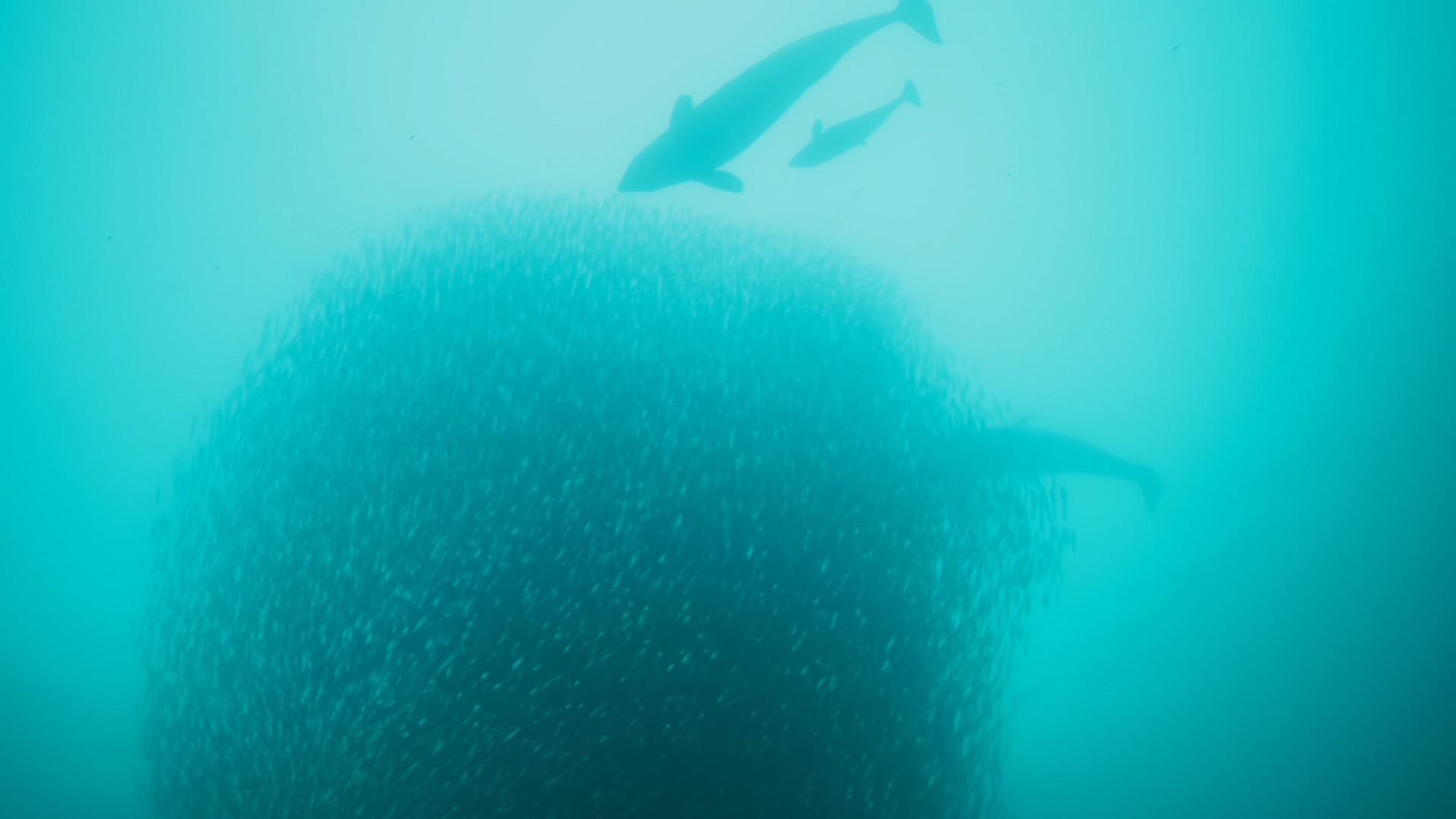 Pod of Orcas Feeding on Bait-ball

Although plentiful in glacial waters, Orcas inhabit tropical environments and have even been discovered hunting the most unexpected animals in freshwater rivers (such as moose and deer). 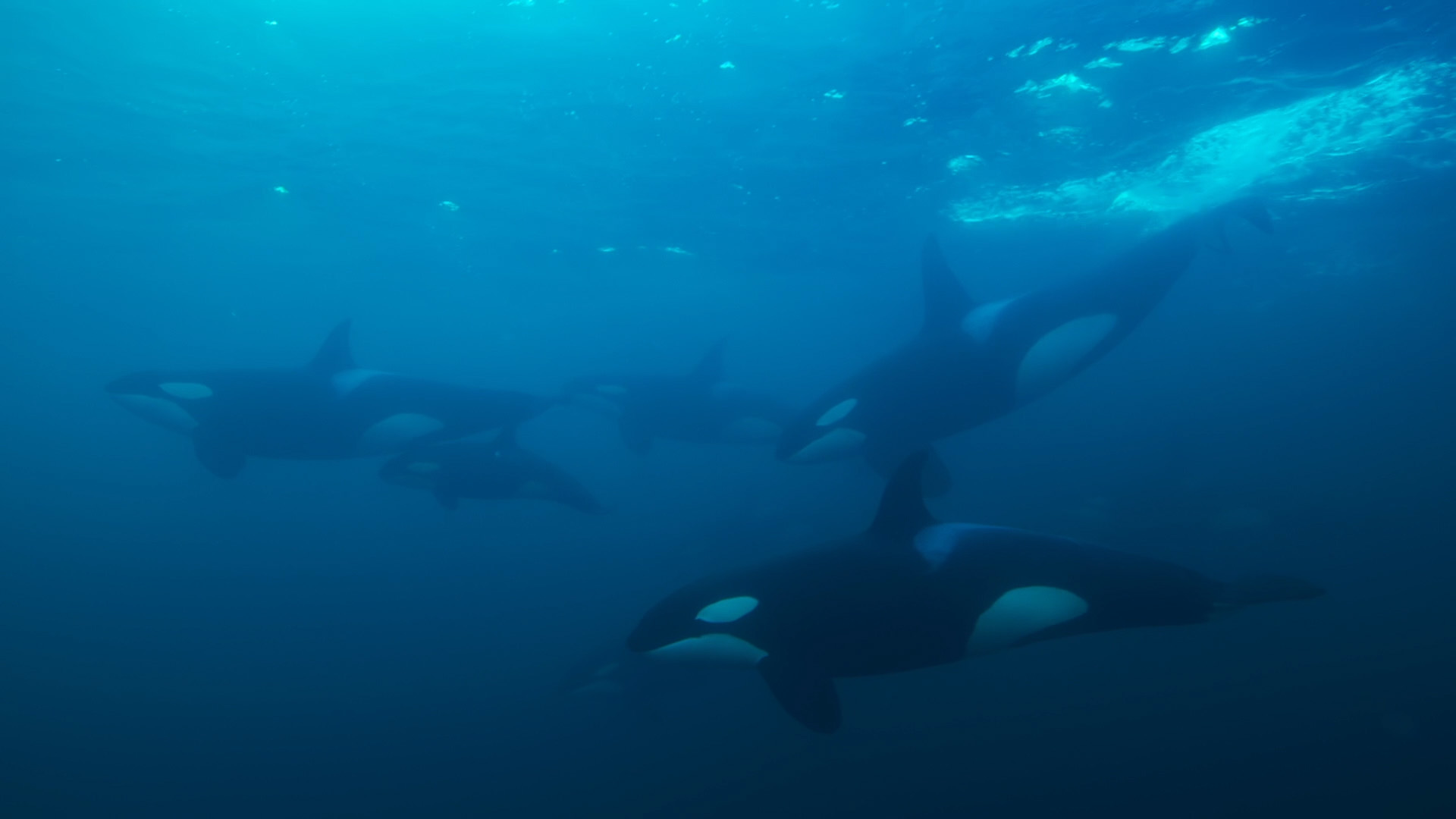 Calves feed on their mother’s milk one year after birth. The mother’s milk is highly specialised, and the fat content adjusts to the calves’ needs (lessening fat content over time once the calf develops its thick blubbery layer).

Orcas (killer whales) are a species accentuated by brilliance, dominance, and community. They are the most widely distributed and fastest marine mammal in the world. Killer whales are apex predators notorious for being some of the most remarkable ocean hunting connoisseurs however, hunting tactics, diet, and other biological features differ slightly among the different Orca populations or ‘ecotypes’, which are perhaps separate species.